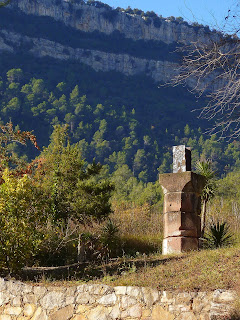 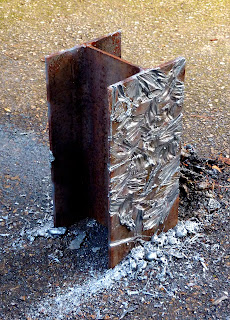 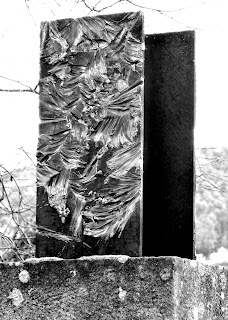 In many ways this collection of work is about this sculpture.  In many ways my experimentation with steel over the last fifteen years has been building toward this piece.  And in some small way, this piece has been germinating in my mind since Syracuse. After this sculpture was completed, I began looking at the entire collection of these pieces as a symphony, the bernini, the crescendo. The four pieces that followed bernini were a relief, a calming down, cooling.  I must have had the bernini in mind when choosing the pieces of steel from the yard but I don't remember consciously doing so. I was, basically, just feverishly grabbing sections that A. I could carry alone B. were architecturally beautiful in their own right C. I believed to be excess/expendable to Isidro based upon what type of work he was doing at his forge and D. excited me so much that I had to keep reminding myself not to piss my pants.
By the time I built myself up enough to attack this I-beam, I felt I was in full control of the torch. Though I was still very nervous about blowing through the (somewhat thin) section of steel, as I had done in 'hummingbird' (if you look closely at hummingbird, there are two places on the backside where my torch, which is quite powerful, penetrated the plate steel. I wasn't concerned about it with regards to hummingbird, it lends aggression to the piece and I would have interrupted that face of the hummingbird sculpture somehow anyway, but took note of it in relation to the future bernini). If I blew through bernini I would have considered it a failure, as the integrity of the I-beam would have been breached.
This sculpture is a model, a 'mock-up'. It is a Detail of a column of a Potential baldachino, after Bernini.  It is my response to myself when toying with the question, "if you were to build a baldachino, what would You do?"
My response is this sculpture. As a starting point. I would pay my respect to Bernini by reinterpreting his wonderful work in the material of our time (the steel I-beam vs. the bronze, baroque style column he used), but I would strip it of all symbolism, embellishment, and literal allusion. This decision of stripping the embellishment, the vines, the bees, etc. and Implying them through my treatment of the steel ('kisses' from my torch as my friend Albert describe them) was a long, internally hard fought decision to reach, though the end result might appear simplistic. (remember 'the solitary life of snails', as a warm up for bernini, I was toying with the idea of alluding to his bees, a symbol of the pope, with numerous diminutive snails peppering the sculpture). It took all my strength to discard them.
Posted by tyler at 03:37